After camping just outside Arboli, I got an early start to tackle the long day out of the mountains and into Reus. The trail was very rocky to start off with, but it was good trail with good waymarking. It leved off before eventually dropping into a sharp canyon, which was very beautiful. There were two waterfalls, one with an emerald green pool and one with a cloudy blue pool. The vegetation was also very green and thick. This was my favorite spot of the day.

After the waterfall area, the trail went up a steep embankment and onto a dirt road that went on a for while. It got a bit monotanous on that road, but I reached the point where the E4 path departs from the GR7 for good. After over 1600km on the GR7, it was time for us to part ways. I stopped just after the turn off, and had a chocolate cookie break in tribute.

It was now up to the GR172 to lead the way down into Reus and Tarragona. Most of the way down out of the mountains on the GR172 was rocky and steep. It was within sight of the windy two-lane road that the cars used to get from Arboli to Reus. I knew it was going to be steep when the map showed the paved road with so many switchbacks that it looked like a coiled snake, but the trail looked dead straight even though it was nearby. This section was slow and it really took a lot out of me. After what seemed like forever, the trail finally started to level off and it became paved when passing through the Reus suburb town of Castellvell del Camp. A long stretch of sidewalk walking took me into lively Reus.

I really enjoyed Reus. It was a fantastic city, that was very vibrant. Always lots of people out having a good time, lots of cafes and restaurants, and every time I went to the main square there was always something different going on. 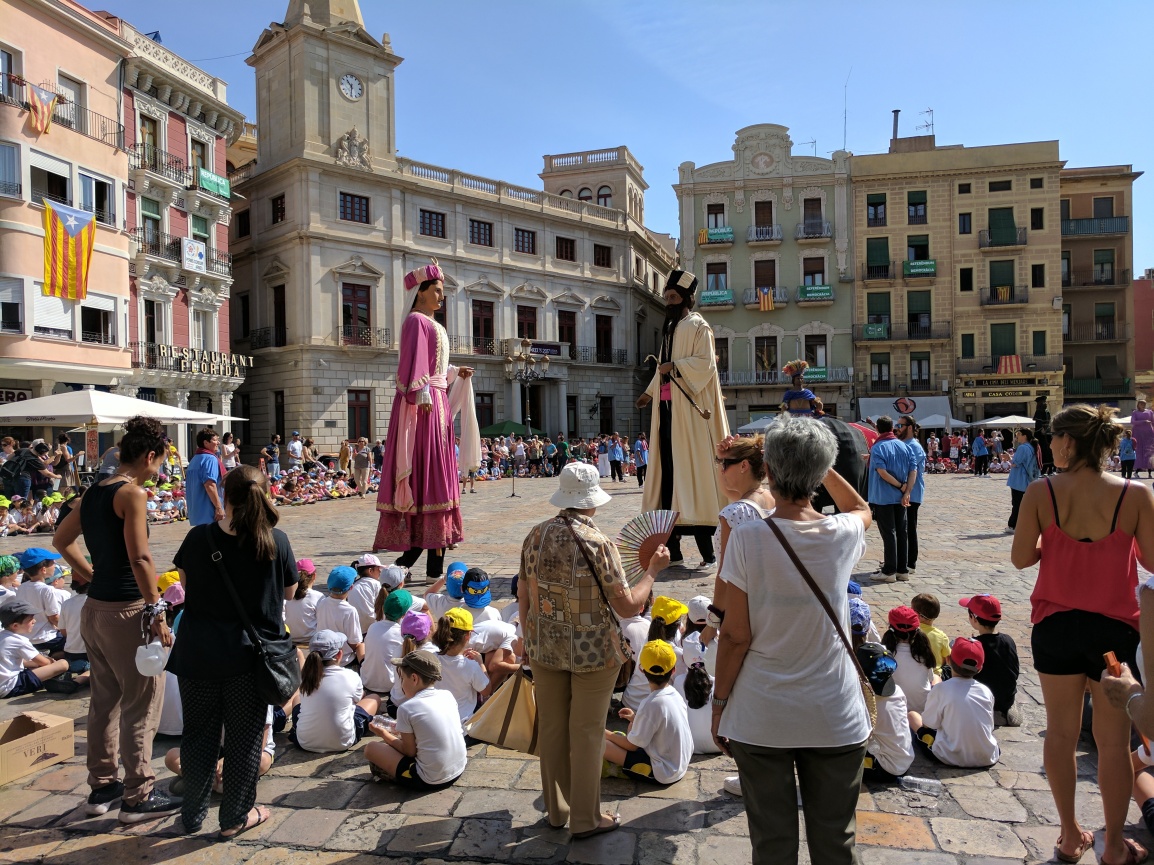 Reus also has very nice architecture, being the home town of Antoni Gaudi, the mad genius architect most famous for the Sagrada Familia church in Barcelona. There was a Gaudi museum in Reus, which was excellent. My only regret is that there were only limited Saturday tours of Gaudi’s Casa Navas, so I did not get to go inside.

I highly recommend visiting Reus if you are in the Barcelona/Tarragona area. It’s​ towns like this that remind me of why I love travelling.

The day from Reus to Tarragona was honestly not very good. I felt fine walking, but it was hot and the area was not very nice. Once I left the beautiful confines of Reus, it was mainly suburban farms and industrial area until the path ran into the Reus/Tarragona regional airport. It followed the edge of the airport grounds before joining a busy two-lane highway, which was not the safest place to walk. The only decent spot along the day’s route was the town of Constanti, which was about 7km from Tarragona. The town provided a respite from the sun, busy roads, and weird smells of the industrial area. I stopped there for a quick break before the last hop to Tarragona. That last hop was not any better, as the path found a dry creek bed, and followed the dirt road next to it, which also paralleled the main highway into Tarragona. It was dusty and hot, and there was nothing photo-worthy except a flock of sheep and goats that had hunkered down underneath a highway overpass to escape the sun.

The creek road finally terminated at the edge of Tarragona, and I followed the large Rambla Nova all the way through the city to where I would be staying. Along the way, there was a statue of castell, which reminded me of the previous night in Reus.

Looking forward to seeing the sights and beach in Tarragona tomorrow.