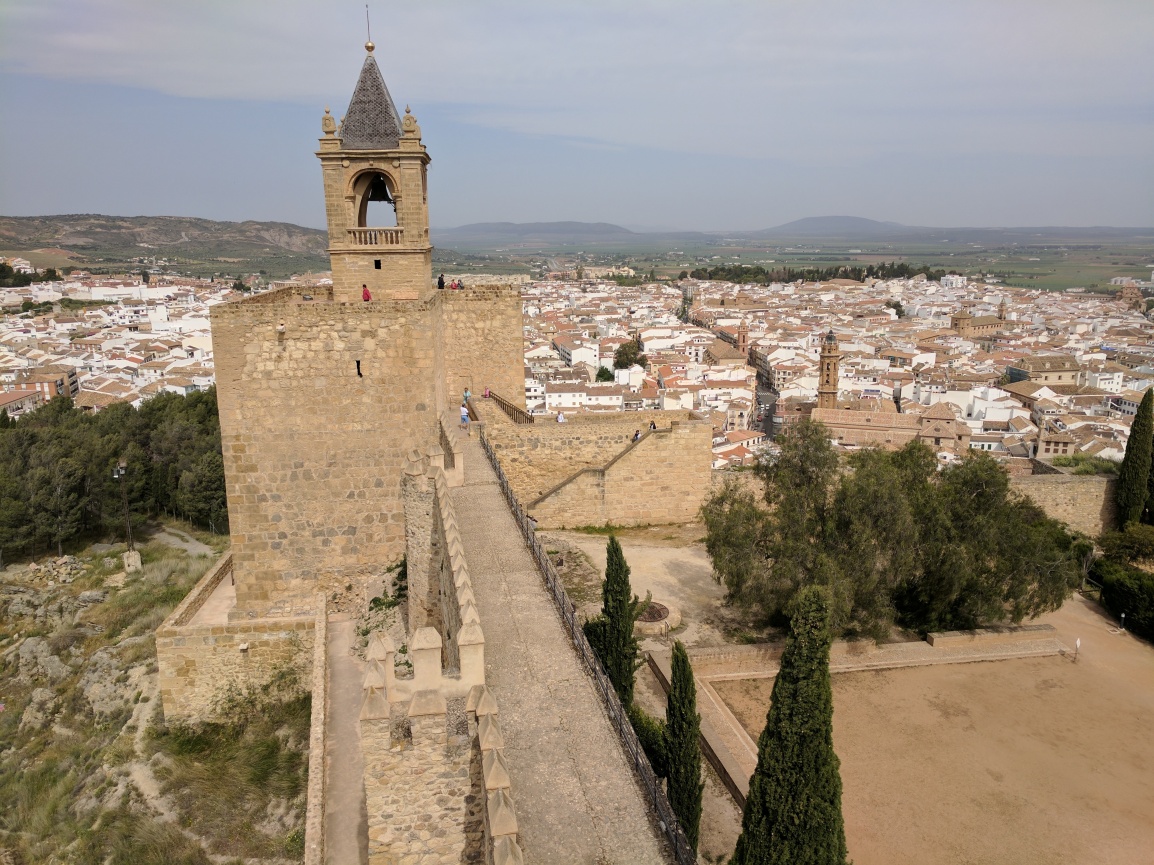 Serrato was very much a sleepy farming town, compounded by the Easter holiday period. Everything was closed except for one pub that was mainly open because the soccer game was on, which draws a few beer bucks. I ended up camping next to the road just outside of town.

The next day was a steady climb followed by an equally steady decent through wheat fields and almond orchards to Ardales. Even though it was Easter Monday, Ardales was surprisingly busy, with several cafes and restaurants hosting quite a few people eager to get out and chat over a meal and coffee.

The first ten kilometers out of Ardales were easy, going through the rolling hills and pine forest. But, the few kilometers going down into El Chorro were steep and rough, sometimes on solid rock. I strained the muscles in my right shin just from the downhill pounding, and I have been limping around since. El Chorro is known for the great rock climbing on the huge walls next to the village. Town was busy with climbers taking a break. The climb back out of El Chorro was almost as severe as the decent, but on dirt roads before finally topping out just a few kilometers outside of Valle de Abdalajis.

Since Valle de Abdalajis is considered a gateway to the nearby rock and mountain outdoor activities, I expected it to be a bit more on the tourist map, but it was quiet and most businesses were closed. Not really much to explore in the town itself.

I was pleasantly surprised by Antequera, and I’m glad that I decided to take an extra day here. It is a lovely town that is very picturesque. Some great sites like the Moorish fortress Alcazaba, and best of all, there are few tourists. Most of the tourists that I came across were speaking Spanish, and there are no tour buses about. Antequera is my favorite spot so far in Spain.

I will now be heading off towards Villanueva de Cauche, which marks the start of the Spain variant, where you can go north or south of the Sierra Nevada national park. I have chosen the southern variant, which tracks roughly east before darting through the East end of the national park to track northeast towards France again.