Leaving Joch, my focus turned from the GR10 to the GR36. I had about 4km to walk across the agricultural valley, where peaches, cherries, and apricots dominated the landscape. The farmland gave way to a reservoir that was nestled against the hillside. I crossed the reservoir bridge and headed up the semi-steep climb to the village of Marcevol. The chapel with priory on the edge of the village was beautiful. 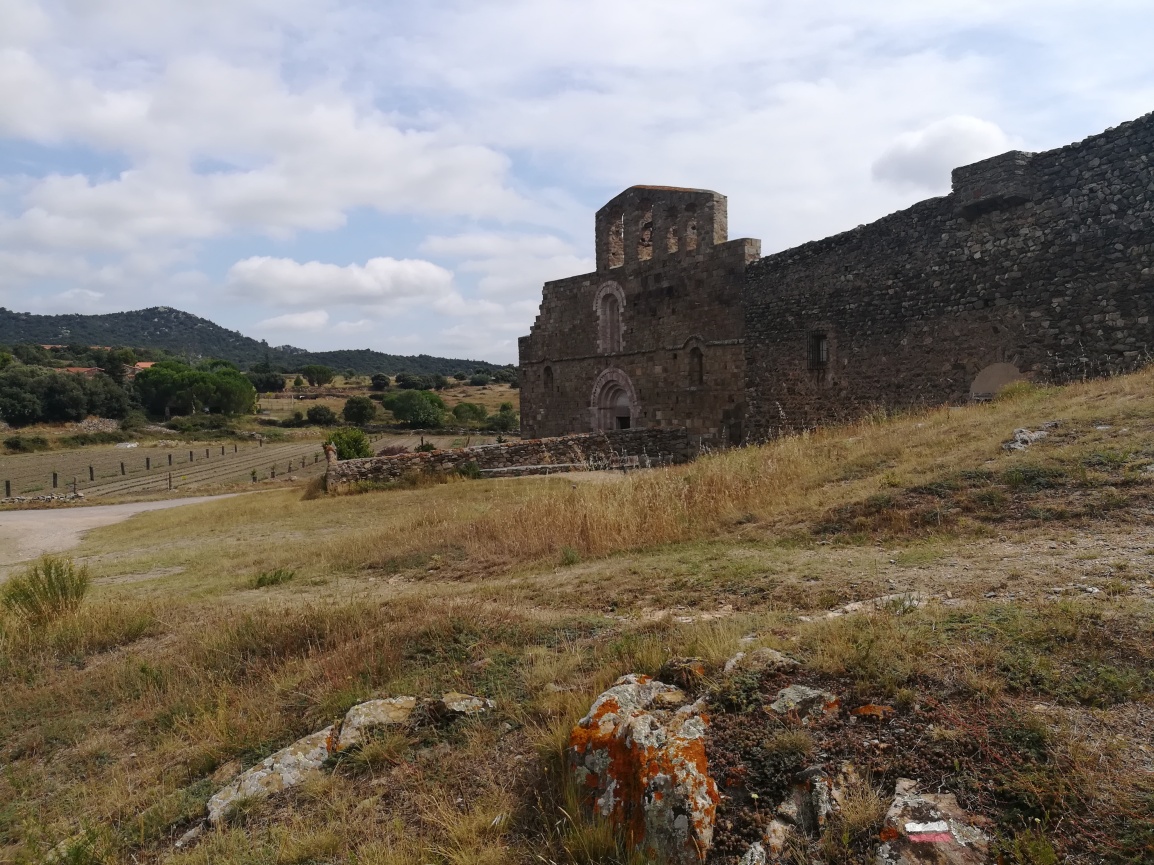 At the top of the coll, work was being done to redirect part of the trail. I later found that this work was not complete and I got stuck in a shrubby, rocky area where the trail ended. I got a bit scratched up trying to find my way out. After that, it was easier walking along some forested dirt roads into the village of Campoussy, which was very quiet and provided a short water stop. I continued the last few kilometers to Sournia. Sournia lacked a bit of character, but there was lodging and a restaurant, which was nice to have.

Steady climbing out of Sournia started the day, but it seemed easy compared to the Pyrenees a few days prior. The climb gave way to some shrubby hilltop walking before a green, tree covered descent through the very quiet village of Vira. I didn’t stop in Vira, as I wanted to get on to Fenouillet and Caudies de Fenouilledes. Fenouillet had the ruins of two fortresses on different hills surrounding the village, which provided a nice backdrop. 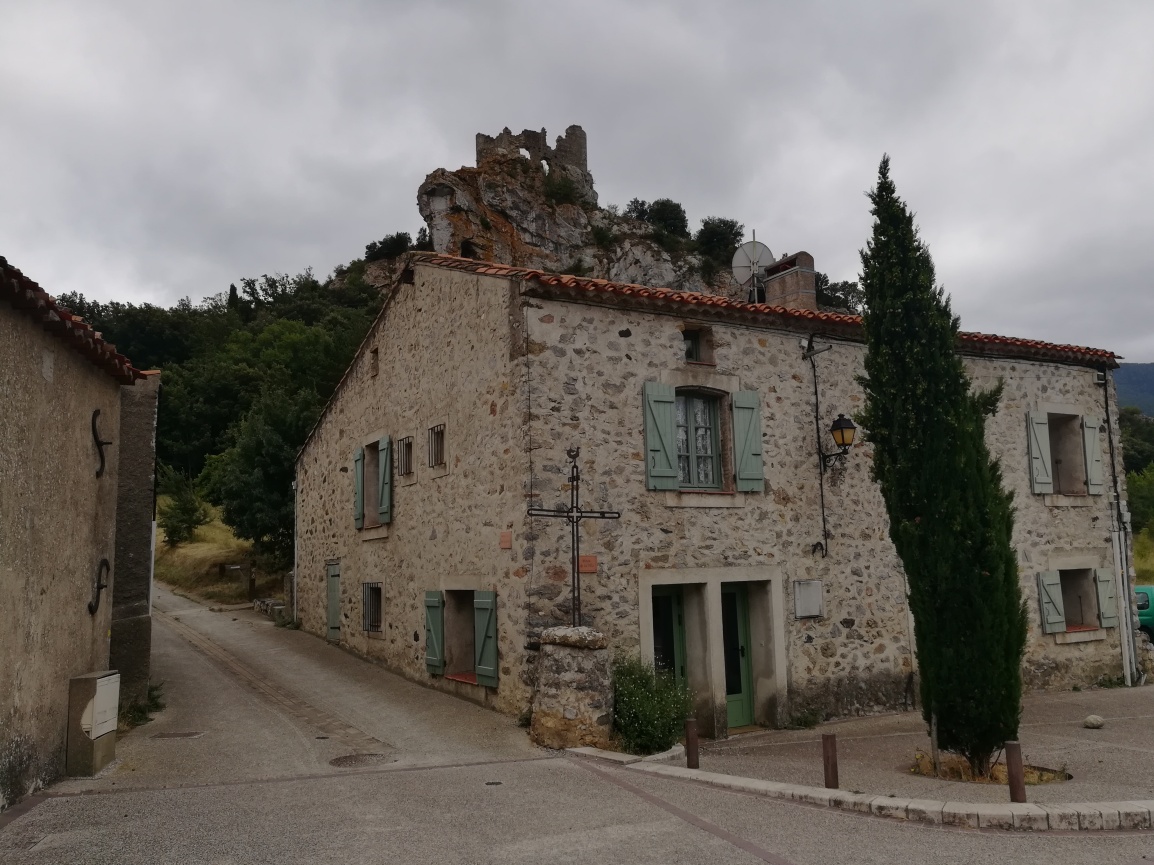 The sky was starting to look dark, so I hurried to get to Caudies de Fenouilledes. The path passed through a beautiful canyon, with a river following alongside before descending through vineyards to Caudies de Fenouilledes. Being Sunday, nothing was open except for the bar, and I went inside for a coffee just as the rain started falling. I stayed in a hotel that was a renovated farmhouse run by a very nice Russian couple, and had a fantastic dinner.

The next day’s walking was good, but was marred by a couple of things. First, the path was closed in one spot and there was a 2km reroute around the closed spot. At first, I couldn’t understand why I was being forced to go around. It was only after I finished the reroute that I saw a sign explaining the situation. Would have been good for them to put a sign on both sides, as people don’t just walk in one direction. Second, the weather was really quite terrible. Like clockwork, it would rain hard for ten minutes, and then clear to sun for twenty minutes before repeating over and over again. It was annoying because I didn’t want to wear a poncho all day, and I had to decide between the poncho and being partially soaked. Even though there were sunny periods, the path would not dry between showers, and the clay soil was caking heavily to my shoes by the end of the day. The consolation was the descent past the Chateau de Peyrepertuse ruins to the pretty village of Duilhac sous Peyrepertuse. Had a place to stay, but needed to wait a while for reception and the small store to open, so I had to endure the showers for a bit longer before settling in for the evening.

The following day, the weather had cleared, but it was very windy. The trees filtred out some of the wind, but I was really holding my hat at times. I started with a 3km walk out of Duilhac sous Peyrepertuse to Rouffiac Des Corbieres, on the opposite side of the Chateau de Peyrepertuse. I stopped there for groceries, as I was planning to camp. There was a lot of walking on fire and forest roads to the village of Mouthoumet, where I stopped for a coffee break. A long, bitumen road through farms was the first piece out of Mouthoumet, but it changed to dirt roads, and ultimately trail before dropping down into Termes. My first sight was the castle ruins on the edge of town.

When I entered the village, I was amazed. Termes was one of the most beautiful places I have seen on my trip thus far. It looked like an image from a jigsaw puzzle, with stone buildings lining a flower filled creek, complete with fish. The softly colored shutters on the buildings capped the image. There was a small handful of tourists, but only of the domestic variety.

There was a little cafe next to the river and town hall (mairie), which included an area with grass and picnic tables. I was told that I could camp there, which was outstanding! Normally, I would search for a camp spot outside of town, so it was a real treat to be able to camp in the middle of such a beautiful village. This place reminded me of why I love travelling. It just ticked all of the boxes.