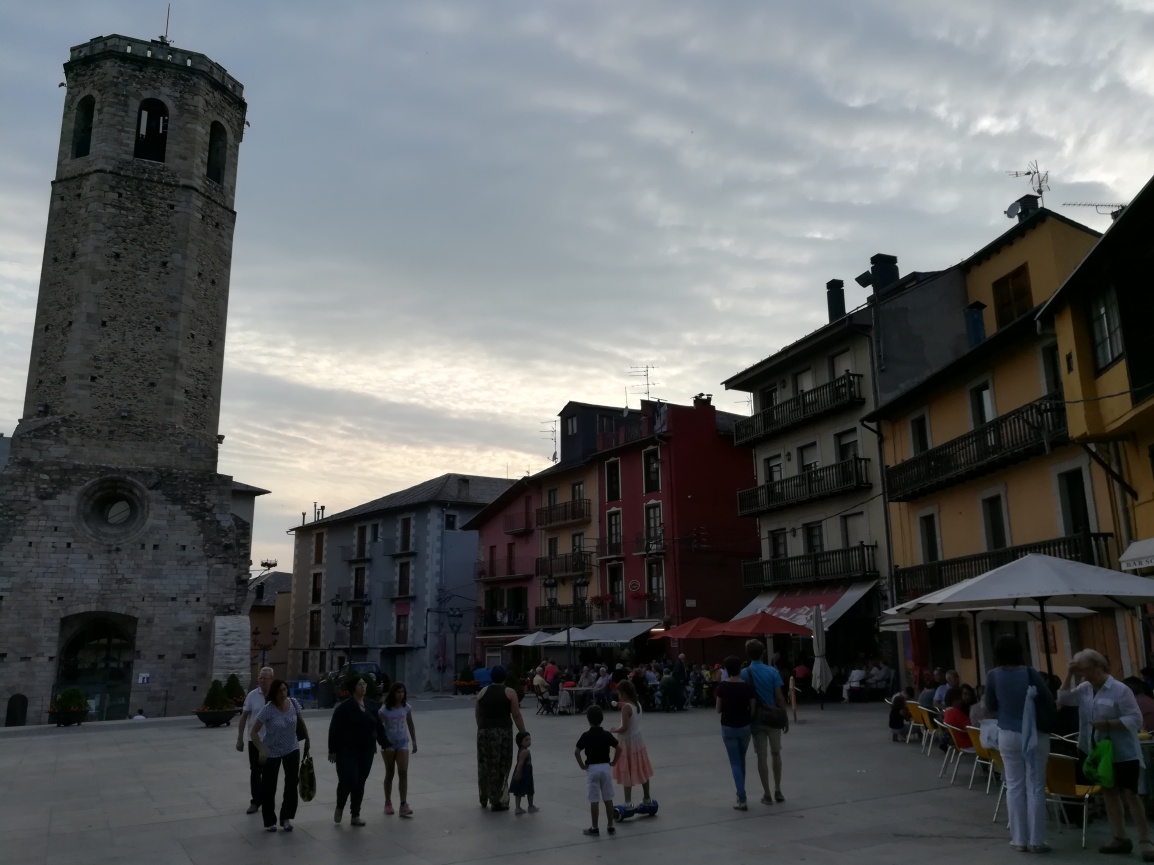 When leaving Borreda, I was presented with my first great views of the Pyrenees. It was also my first taste of the thick forest, meadows and flowers of the mountain range. It was crisp and refreshing after the record setting heat wave that plagued me just two days prior. On the climb out I ran into a group of summer camp kids that were out for a hiking activity. 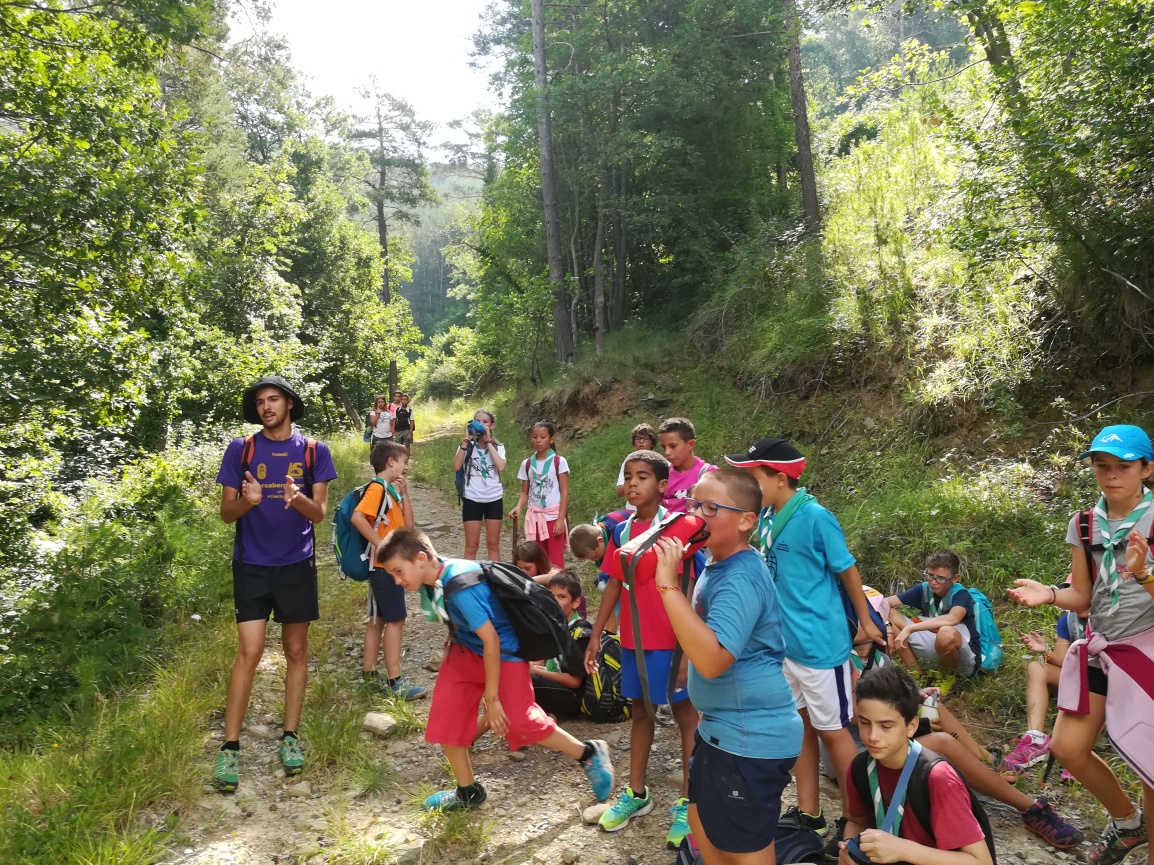 The path was rolling, with short climbs and descents, and I encounted several old churches along the way.

I eventually arrived in Castell de L’Areny, which was a very small stone village with only a church, restaurant, and a few houses all joined by one stone street. It looked like the town had changed little over the years. To my surprise, the town was bustling with activity as a summer camp group had taken over the village. The kids immediately cornered me and started asking questions, anxious to try out their English skills. After talking for a while, they offered to give me a tour of the small church, which was a treat given that the churches are not usually open.

Following Castell de L’Areny was a very steep climb over the ridge, which took a bit out of me. The descent took me to a very beautiful old house that was being used for a refuge. It was a nice water stop.

After navigating more up and down dirt roads and seeing two groups of wild boar, I passed through a camping ground with a crazy panoramic view over the valley below. I could see La Pobla de Lillet nestled at the bottom. The final descent went through some nice forest, but the track was quite loose and rocky. After a long day, the rocky trail hurt my feet a bit. La Pobla de Lillet is situated on a river, and it has several old arch bridges. There were quite a few people in town enjoying drinks and food on the main drag. Luckily, I found some cheap accommodation, so I could enjoy the town a bit instead of having to wander off to camp.

The day to Puigcerda was long, challenging, and somewhat emotional. A long and steady climb took me up through the different mountain terrains, starting with forest. This was followed by the appearance of some rocky outcrops and meadows with cows. The clanging of the cow bells is a sound that is synonymous with the mountain regions of Europe, and it reminded me that I was actually hiking in the Pyrenees, which gave me a bit of a chuckle.

I did get lost for about twenty minutes, because the trail was not obvious in the meadow sections. The alpine meadow grass is so robust that the trail doesn’t really cut into it, which left me hunting for waymarks. After breaking the tree line, the climb was very steep up to the Coll de Pal, and I felt relieved once I finally reached the car park at the top. There were cyclists, day hikers, summer camp kids, and motorcyclists at the top, enjoying lunch and the views. 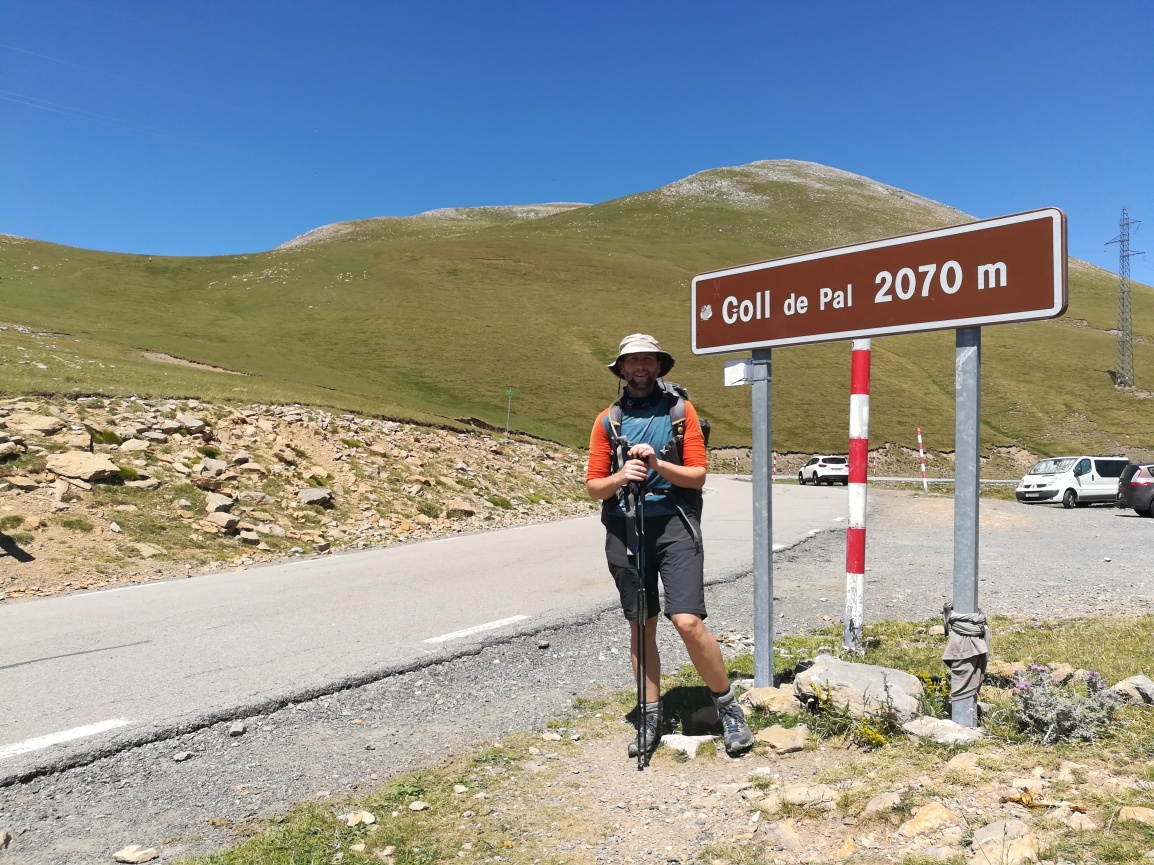 What goes up must come down. It was a long and steady descent, which passed through the La Molina and Masella ski resort areas. They were still running gondolas for the hikers and mountain bikers, and there were many people out enjoying activities on the mountain. 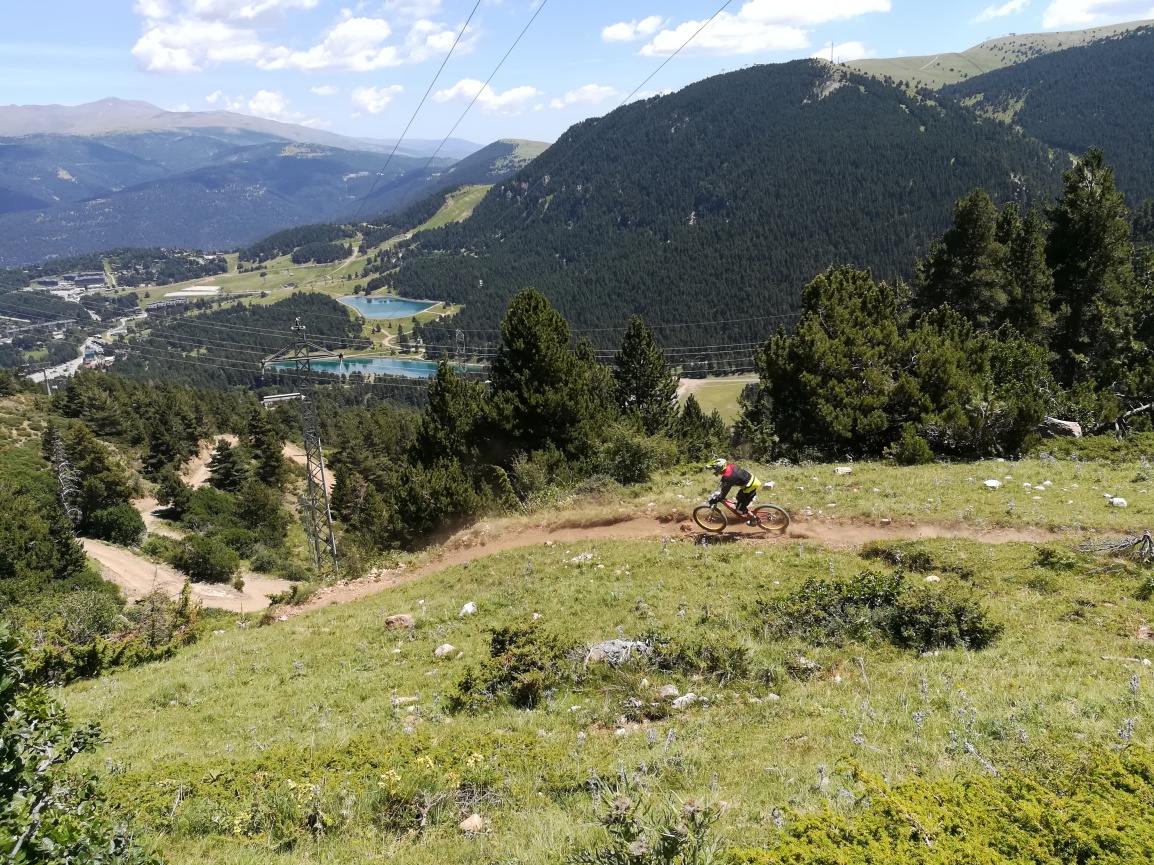 The descent did get to my feet after a while, and I was happy to finally reach the village of Alp at the bottom. I was pretty tired by then, but still had about 10km to go. I decided to take a detour because the original route ran along a dual carriageway for several kilometers to Puigcerda, and I was in no mood for that. The detour went through some quiet villages, and I’m glad that I made that decision. Puigcerda was very welcoming after the long week, with a beautiful square and many restaurants. It was busy for a weekend festival with live music and other fun stuff.

While the day was super long, it was also a bit emotional. This was my last walking day in Spain, as Puigcerda is only about 1km from the French border. I had succeeded in walking across Spain, which is hard to fathom looking back. It was all kind of a blur. Had a rest day in Puigcerda to recharge after a hot week. Now, the challenge renews itself, as I set off for about 1300km across France.

Thank you all for your support! Here we go…